Lots Still Going On Behind The Scenes

It's been awhile since my last update but even with the silence I've been busy.  Expect a few posts over the next month with a recap of my April and May hobby adventures including Adepticon, LotR, Guns of April, Gorgon work and even some 40k (yes, even that!).

In the meantime, this weekend I had a chance to play some ancients with a local group I've started meeting with.  Mike runs these games in which he supplies all the figs (painted nicely I might add) and we just show up, roll some dice, have some laughs and push some lead around.  AWESOME!  To top it off, I played on the Roman side and we pulled of a nail biter of a win against the Numidians. 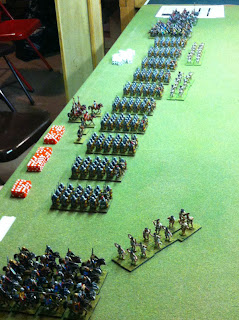 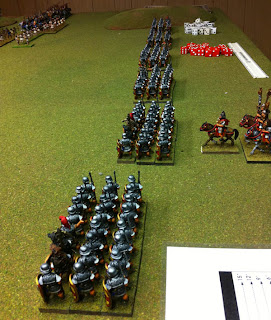 The Roman Legions arrayed for battle 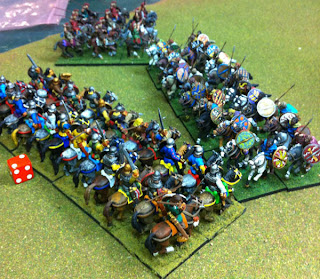 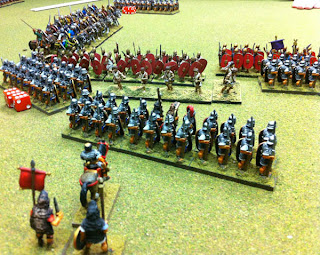 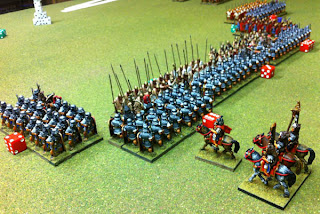 After seeing several Roman units destroyed the game hung on the outcome of the battle above with the Romans winning the day in the end
Posted by Jamie at 6:04 PM No comments: