Last weekend I had my first chance to play in a LotR tournament by attending Bilbo's Birthday Bash. This event started last year and this year the organizer, Brent Sinclair, went out of his way to make it a huge success. With over 20 players, some from out of state, it was a top notch event.

Although my battle score was horrible I had a fantastic time and walked away with Best Appearance and Favorite Army. I was totally honored to win these as the competition for these was pretty stiff. My personal favorite army was John Humphrey's Grey Company. We actually tied for appearance score and I lucked out by getting a few more Favorite Army votes. John is a great painter and a great guy.

Below are pics of the event including a couple of John's army, Kyle Toth's Mordor force, another great looking army, and a few of the other forces in attendance. There were some really nice painted armies in attendance to be sure. In all the excitement I forgot to take some photos of my own force so I'll do that soon and get some up. Needless to say, with the likes of John and others I have to step my game up if I want to keep up at Adepticon 2011. 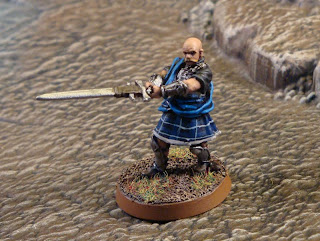 It's been far to long since I posted a blog update. Summer has come and passed with little new miniature work from me. But, now that fall is here and Bilbo's Birthday Bash is around the corner, it's time I got some work done.
"What's Bilbo's Birthday Bash?" I hear you say. B3, as we call it, is a growing Lord of the Ring SBG Indy GT here in Chicago. For more information on the event check out http://bilbosbirthdaybash.com/.
My plan for a new army fell by the wayside. So, here is an addition to my current Minas Tirith force. Hopefully, I can have enough new models added to at least call it "partly" new. 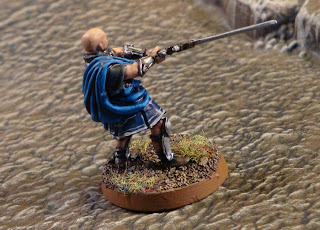 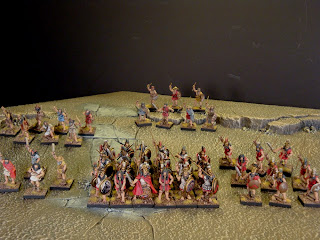 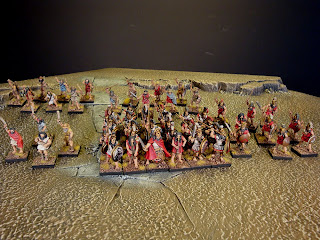 I finally have some good shots of the Spartan army I painted for Adepticon as well as for display at the Gorgon booth at conventions in the future. This is the first 1000 points of a planned 2000 point force using exclusively Gorgon Studios models. In addition to more Spartans I'm planning on some Greek cavalry and some allied Greek hoplites using the soon-to-be-released Etruscan cavalry and out current range of 1st class Etrsucan hoplites respectively. 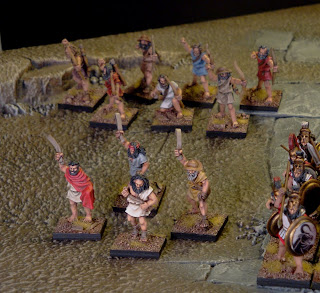 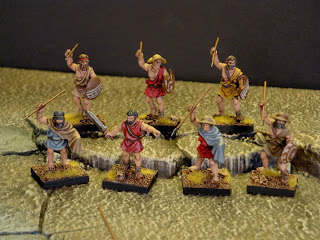 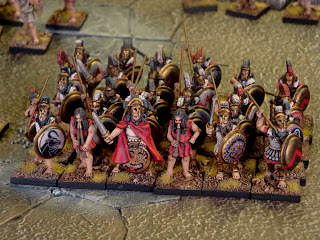 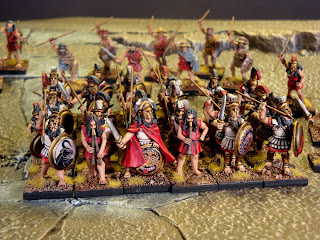 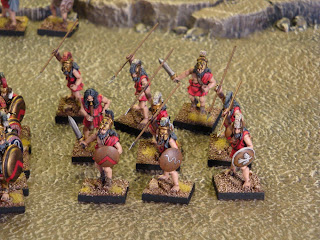 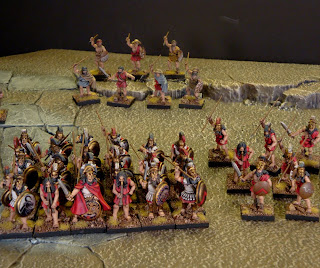 Had a great time at Adepticon as always. On Sunday I played in the Warhammer Ancients Team Tournament along with my friend Dave Pauwels. Here are some pics of the fun.

For Sparta and Adepticon 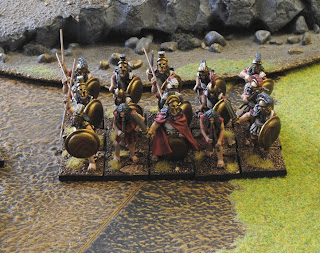 It's been a busy month of February with the ranks of the Gorgon Studio Spartan army growing each day. With the Adepticon WAB Team Tournament just weeks away there is still much to do. Here is the basic force so far minus shield designs. More pics of the awsome Gorgon shield transfers next time. 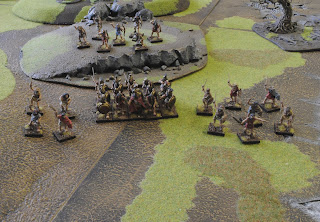 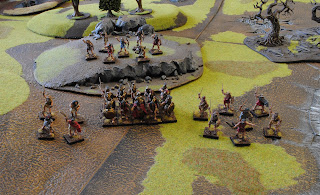 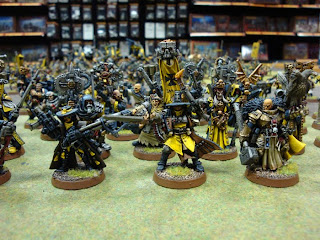 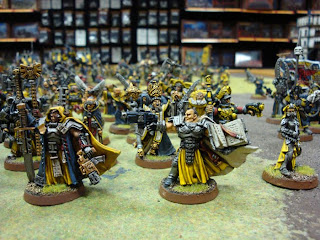 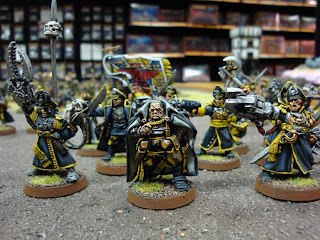 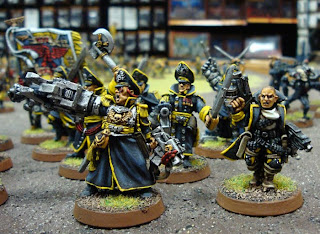 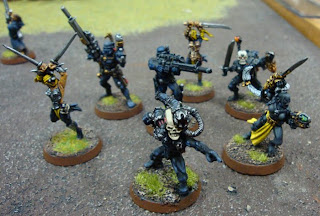 For the past 6 years I have been painting 40k models for a great guy who loves collecting painted minis. Well, I recently had the pleasure of seeing the fruits of that long effort and over the coming days and weeks I plan to post pics of these models. I didn't have a chance to actually count models but you can see from the first picture that the size of this force is huge.
Posted by Jamie at 10:04 PM No comments: