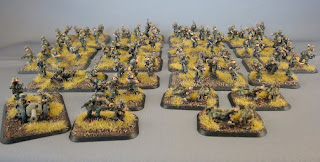 After a couple of weeks of work I finally completed my Fallschirmjager Company! The force consists of an HQ with attached anti-tank gun and mortar sections as well as two Fallschirmjager Platoons. Even though I did not spend as much time on details like shading and highlighting as I might have liked, I'm pretty happy with the outcome. As I stated in the last post, I'm sure I'll be getting more detailed as I paint future FOW projects. I did take some step-by-step pictures and will put together a short tutorial on the painting process for these in the coming weeks.

Below you can see some pictures of the force: 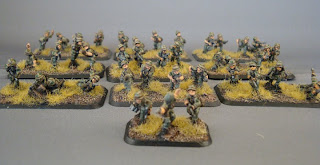 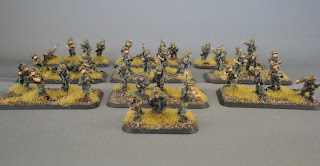 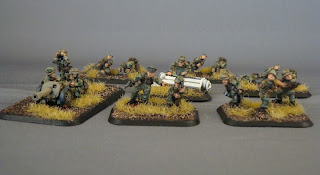 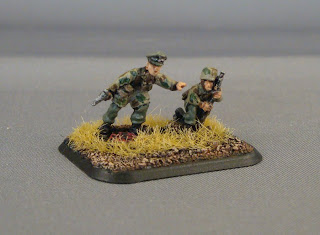 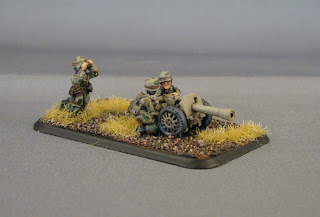 Anti-tank section
So, with my first full company completed it's time to get back to work on some 28mm projects. First up on the list are a couple of Gorgon Studio models. Then it's back to Lord of the Rings to paint a Dragon and build a Durin's Tower table for GamesDay Chicago. But rest assured, I'll be back with more FOW as soon as possible. There are two Mader II tanks and some Luftwaffe air support waiting in the Que.
Posted by Jamie at 2:50 PM No comments: